How Brushing The Wrong Way Can Do More Harm Than Good

If you've ever noticed that you seem to get cavities, plaque and tartar no matter how often or vigorously you brush, it's possible you're just not brushing the right way. Proper brushing does require certain techniques and attention to detail. In fact, too much brushing using the wrong methods can actually do more harm to your teeth than good, which can speed up problems like cavities and teeth sensitivity.

Brushing Too Hard and Fast

If your teeth are stained or have plaque or tartar on them, it may be tempting to brush harder to clean them off, but resist the urge. Not only does brushing your teeth too hard fail to clean them properly, but it can make your teeth and gums more sensitive to damage.

In addition, avoid brushing immediately after eating. The acids in the food you eat wear away at this enamel, and brushing too soon after eating can damage your teeth before your saliva replaces the enamel. Wait about an hour after eating before brushing. Finally, don't brush more than three times per day, even if you eat more often than that. It is possible to brush too much.

Getting Into a Routine

If you always start and end in the same places, try to switch things up a bit so you don't get too comfortable. When you're comfortable you may have a tendency to be less thorough. Remember that you need to cover all three sides of all your teeth every time you brush. If you consistently miss certain parts of your teeth, this gives plaque and bacteria an opportunity to grow.

Flossing after brushing isn't nearly as effective as flossing before brushing. When you floss before brushing, you clear the spaces in between your teeth and let your toothpaste's fluoride get in more easily. By flossing after, you may clear away some gunk, but you may still let dissolving bacteria remain.

When dentists say you should spend a full minute or two brushing, that's no exaggeration. It's hard to properly clean all the surfaces of your teeth and coat them with toothpaste in only thirty seconds, and a sloppy brushing job won't clear away damaging bacteria. While you're at it, also brush your tongue and cheeks; bacteria in your mouth doesn't limit itself to just your teeth.

Rinsing your mouth with mouthwash after brushing can make your mouth feel clean, but you're actually undoing the toothpaste's work. Mouthwash clears away the fluoride your toothpaste just put on your teeth. Let your mouth sit for half an hour to an hour before using mouthwash.

If you have other questions or want to know more, contact a professional like Dr. Casarella with any questions you have. 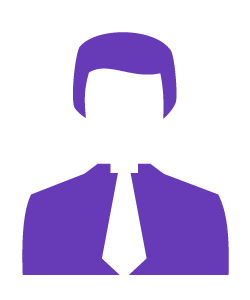 Do you remember the last time you looked at your smile and really loved what you saw? A few years ago I started spending more time analyzing my appearance, and I noticed that my teeth were seriously lacking. I knew that I had to do something to improve the situation, so I began focusing on loving my smile by getting some work done. I started talking with a dentist about how he could help, and it was really incredible to see the simple difference that he was able to make. Within a few years, my smile looked and felt completely different, and I was really pleased with the results. Check out this blog for great information on making your smile more beautiful.